Let’s try again. We want to help a patient return to immersive, pleasurable reading, which means we need to get them reading at a fast-fluent reading speed.

Previously, I asked ‘could it be as simple as giving them a stronger magnifier?’ — meaning a magnifier strong enough to shift the print from its origin not just into the Visual Volume, but further, all the way into the patient’s Optimal Visual Volume.

The answer isn’t no. But it’s not yes either — it’s maybe. It also depends on whether the magnifier they use has a speed limit that allows fast-fluent reading. And as we saw, the stronger the magnification, the fewer high-speed options we have.

Comment
One of the biggest changes in low vision practice over the last decade or so has been the vastly increased range of really great CCTVs — desktop, portable, now even head-mounted.

The revolution under way at present is the increasing prevalence of smartphones and tablets, which patients often have and are familiar with using before they even develop vision impairment. That skill can then be utilised to turn those devices into quite low vision aids. Added to that is the demographic shift towards a new generation of vision-impaired patients who are less intimidated by technology than the generation who came before them.

So, is that it? Choose a stronger magnifier, but make sure it’s a fast one?

Not quite. We also need to consider the rest of the patient:

Aside
Someone once told me that optometry would be easy if it weren’t for the people attached to the eyes. It’s true — all aspects of optometry should involve holistic patient care, but I think it’s low vision optometry that demands the most whole-person approach.

That’s our final challenge — the patient, and their broader circumstances. 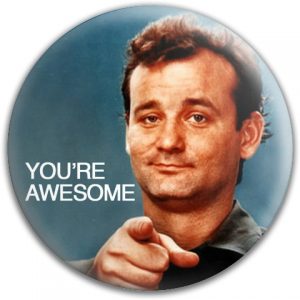 … well then, you’re a legend, and you’ve changed your patient’s world.

Comment
That patient who is looking for vision restoration is always a difficult one. When they’re looking for restoration, they’re not ready for rehabilitation. This is one of the reasons I’m really not in favour of talking up all the research going on which hopefully will result in a cure… one day. Doing so makes us feel less helpless, but keeping that flame of hope burning doesn’t benefit the patient. Let’s face it, those cures are unlikely to ever become an option for our patients, at least not our elderly ones. And even if they do, what are they going to do in the meantime?

I don’t give up on them though. I usually schedule them to come in for a review in a year. Quite often I find at that stage they have evolved psychologically, to the point where they are ready to accept help.