TLDR
Magnification, Illumination and Contrast Enhancement each move the print in different cardinal directions in 3D space. Their effects can be added together.

Having worked through the case of Alice (who has mild-to-moderate AMD) in some detail, let’s now consider how we can help Bob, our archetypal patient with more advanced AMD. To remind you, here’s Bob’s Visual Volume: 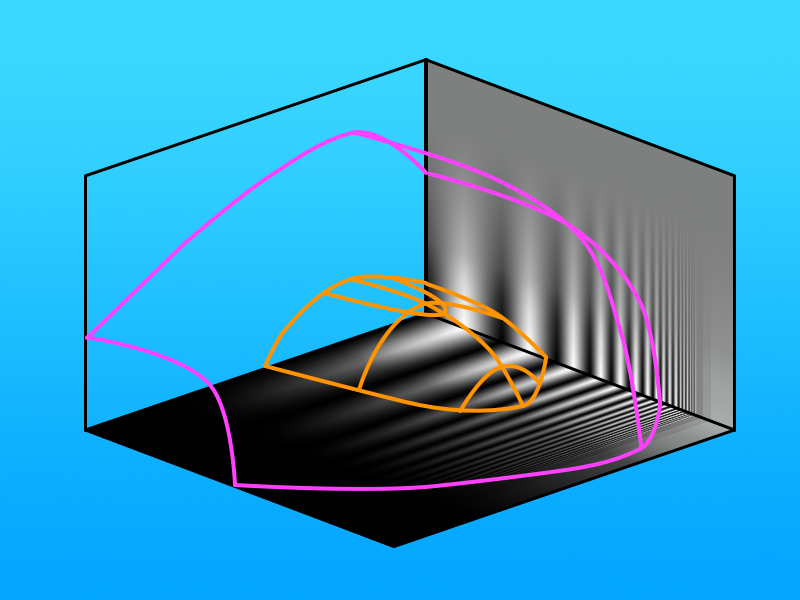 Just as we did for Alice, let’s see how Bob fares with those same N10 print samples of three different levels of contrast. First, we’ll consider Bob’s BSF for a document with high contrast print: 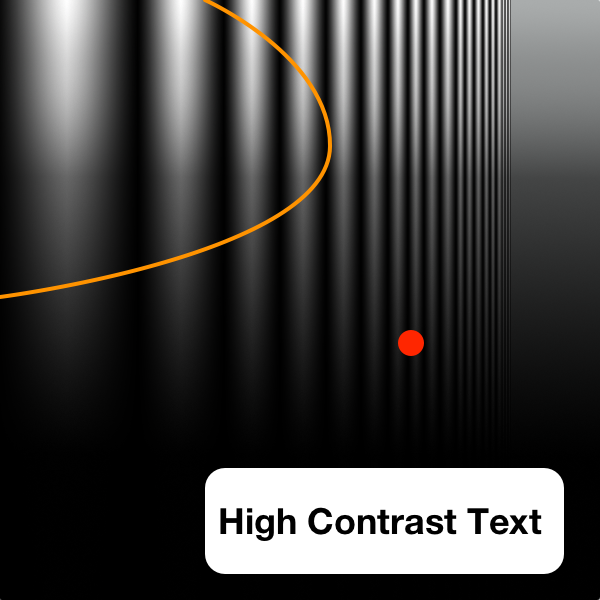 What’s immediately clear is that Bob isn’t an easy case. He won’t be able to read even high contrast articles with just a simple change of illumination. But it’s pretty clear that a combination of moderate magnification and moderate illumination will get him there. I haven’t even put the vectors on, because I want to skip straight on to newspaper print, which is going to be more interesting.

Note: I bungled this graphic, and put the red dot in the wrong place. It’s supposed to be lower down, just like in the other BSFs on this page. Sorry! 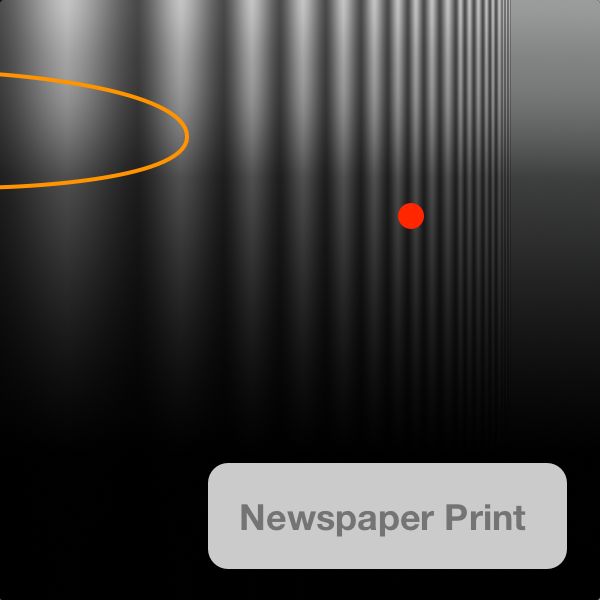 Bob’s BSF for newspaper print. Please note, that red dot is supposed to be lower, like in the other BSFs.

The newspaper is a much harder proposition. Bob’s going to need quite a bit of magnification, in combination with quite a precise level of optimal illumination — we have to make sure it’s good strong illumination, but if we make it too bright he’ll suffer from too much glare. 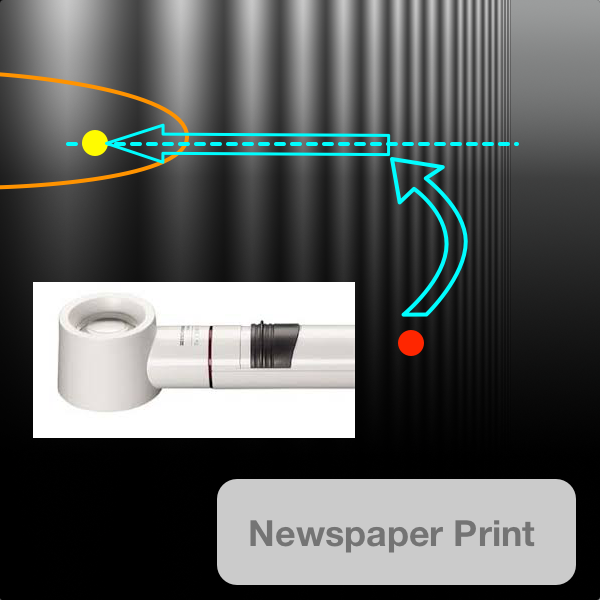 Discussion
Illuminated magnifiers are so much better than non-illuminated ones, and good ones generally have their illumination settings carefully selected to jump your patient straight on to a level which is close to optimal for most vision impaired eyes.

Note though, it doesn’t matter how deeply we burrow into Bob’s BSF for newspaper print, he’s never going to get a green dot (indicating comfortable reading). Why? Because if you look up at his VV you’ll see from the corresponding CSF along the optimal illumination line that he’s right on the limit of his ability to see contrast. Even if we could give him more magnification reserve and more illumination reserve, he has inadequate contrast reserve, so he’s going to struggle no matter what.

Plants vs Eyes
In some ways, low vision rehabilitation is like gardening. A plant will grow at up to a certain rate, depending on whether it is limited by any external factors. Its growth might be slowed because it’s not getting enough water. Or, because it’s not getting enough sun. Or, because it’s getting too much water. Or because there isn’t enough nitrogen in the soil. Ultimately, its growth is limited by whichever of those factors is the most non-optimal.

If the problem is the plant isn’t getting enough sun, giving it extra water isn’t going to help. If you give it extra sun though, you’ll get a happy plant. It it isn’t getting enough sun or enough water, you have to give it more sun and more water for it to grow well. To get a healthy plant, you need to keep all of those various parameters within the plant’s optimal ranges.

I’m a terrible gardener, because when a plant isn’t growing well I don’t know what factor I need to change. If you want to be effective in low vision rehab, you need to be able to pick what factor or factors (it’s often not just one) are limiting the patient most, and be able to effectively tackle them. (And I’m sure you’ve got the message by now, it’s often not magnification you should think of first).

When we switch to the pale document, it’s not surprising to find that he can’t read that document at all, no matter what combination of magnification and illumination we give him. After all, Alice has less severe AMD, and we couldn’t get her reading that print either. 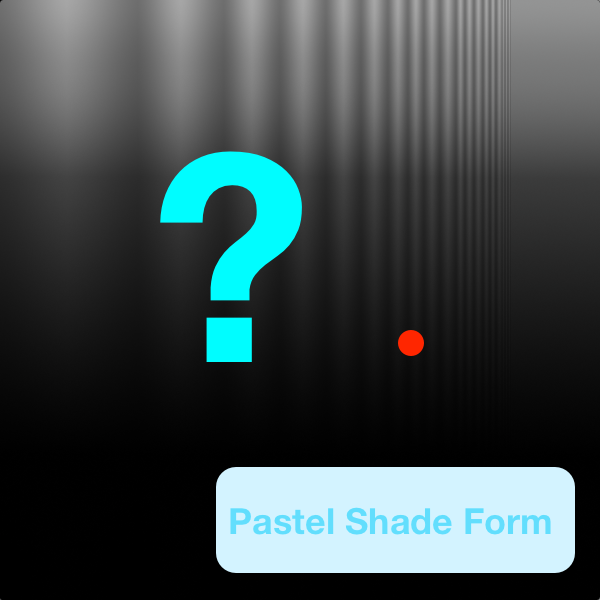 So, what can we do to help Alice and Bob manage those annoyingly low contrast documents? 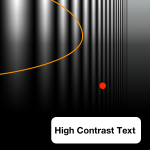 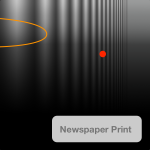 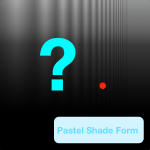 …so the answer to dealing with low contrast documents is to convert them into high contrast.

It’s rarely possible to switch to a higher-contrast version of a document — you can’t just buy a higher-contrast copy of your local newspaper. Instead, we use contrast enhancement (or more accurately, contrast substitution), which generally involves using electronic magnifiers, or substituting the paper document with an electronic file which we can display with print of whatever size and contrast we like. 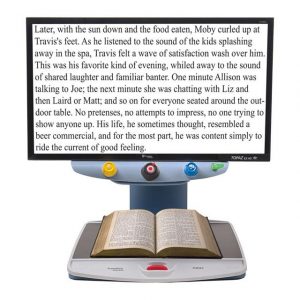 CCTVs allow us to take a paper document, and display a magnified image of that document on a large screen, with contrast and brightness settings just the way we want them. 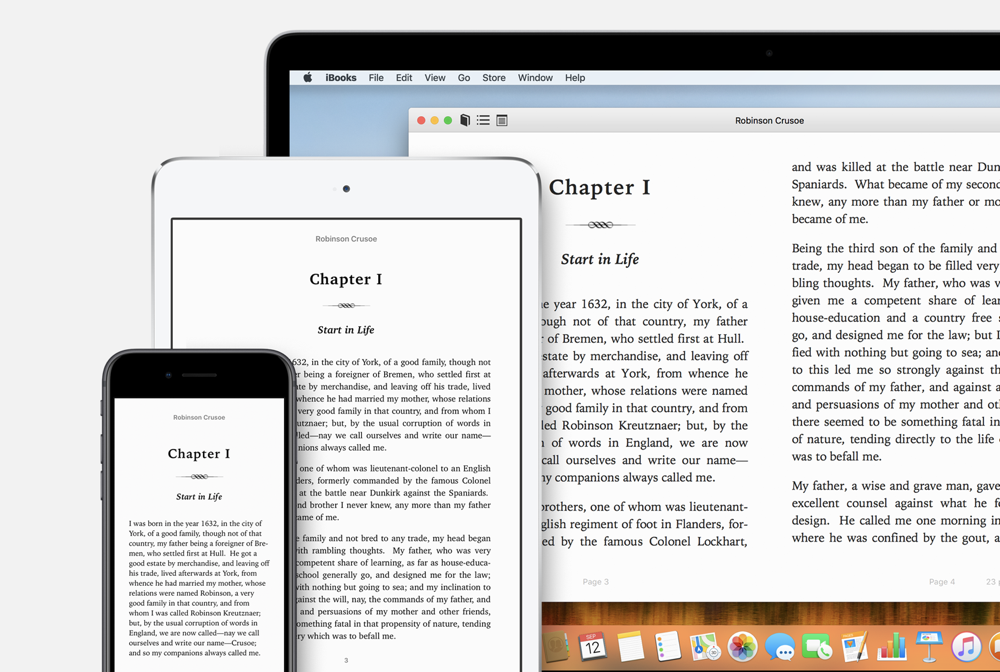 eBooks, pdfs and other electronic documents can be displayed on devices using programs/apps that allow the user to manipulate the contrast and brightness. Sometimes they also reconfigure larger text to fit within the screen width, which makes it easier to read quickly.

Electronic Magnifiers Use All Three Dimensions

To understand the effects of these magnifiers, we can’t stay in just two dimensions — we need to go back to considering all three dimensions at once. Just like illumination and magnification, contrast has its own vector direction. Contrast enhancement shifts the text image point downwards in the VV. Because the resultant contrast on the display is largely independent of the contrast in the source text, it’s a ‘jump’, just as we found with illumination on the BSF.

So, considering the scenario of Bob reading text with:

… by using a CCTV Bob can use vectors of Bigger, Brighter and Bolder together to neatly ‘burrow’ into the heart of his VV, allowing him to read the newspaper. He can do the same with the low contrast document, or indeed any document. 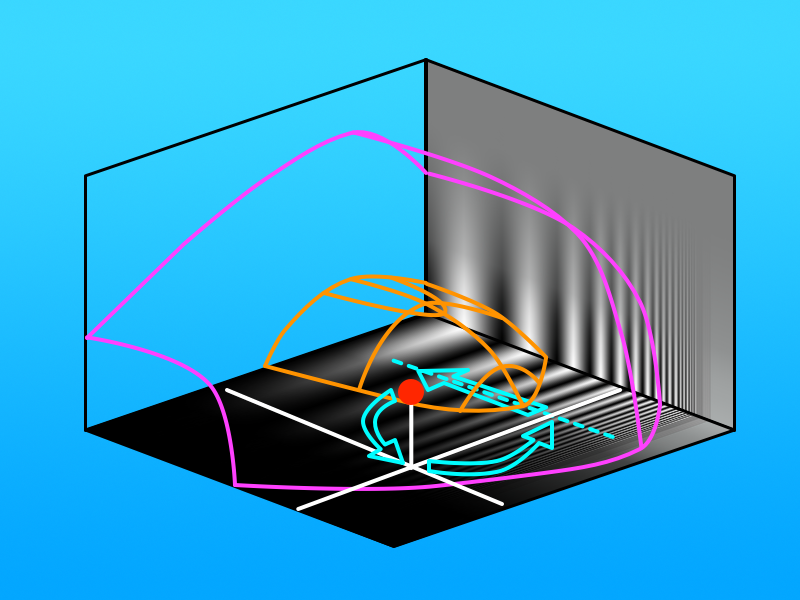 Electronic magnification can use all three vectors to burrow deep into the visual volume.

Another important feature of most electronic magnifiers is that their magnification is variable (zoomable). It’s overkill to magnify headlines by the same amount as the article text, so CCTVs allow rapid changes in magnification along the magnification axis, rather than having a one-size-fits-all approach. This is particularly useful for column text, in being able to magnify the document so the column just fills the screen width.

CCTVs and other electronic magnifiers have traditionally been viewed as the last resort, the big guns that you pull out when all the traditional low vision aids have failed. My experience is that I’ve started showing people electronic magnification much earlier than I used to, and that patients are finding great benefit from investing in one earlier.

Consider Alice, our patient with early-to-moderate AMD. She can cope pretty well for most things with illumination and perhaps a bit of magnification. But remember that (just like Bob) those aids weren’t enough to let her read pale low contrast print. Thankfully we don’t come across such pale print very often, but it’s a great annoyance for Alice whenever she does encounter it. And the way you can choose your perfect print size over a wide field of view, with perfect contrast and illumination — these are great benefits for anyone with vision impairment.

Cost is less of a barrier than it used to be (and remember, just because someone is vision-impaired it doesn’t mean they are poor). Many of our patients already have a tablet or computer, and now that Baby Boomers are starting to enter the peak age for AMD we’re dealing with more patients who are quite open to higher-tech options.

There is a way where we can actually improve the contrast of an existing paper document, which has some success with some patients, and that’s by using yellow-filter glasses (sometimes referred to as Shooters’ Yellow). It doesn’t work for everyone, but in some situations it can bring significant improvement, especially for people with significant media opacities or a strong glare response. 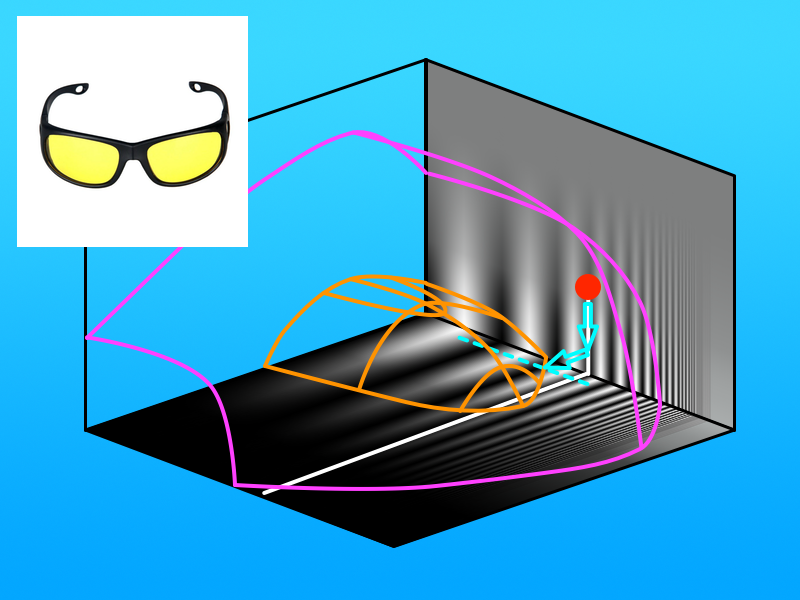 The yellow improves contrast, but because it’s a filter it also reduces overall illumination. This can be very effective when you have a high level of illumination to start with, and it can let a patient who is prone to glare use a low vision aid which otherwise might be too bright for them.

On the other hand, when the light is already not so good (as shown below), whatever the patient gains from the improved contrast may be lost by the reduced illumination. 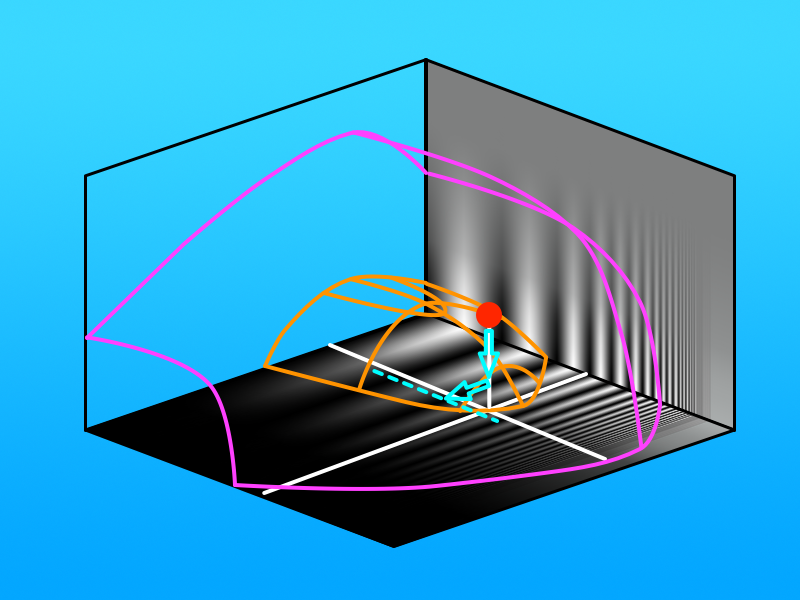 I’m sorry, I’m not sure the diagram really shows it well here, but remember the dotted blue illumination line is not down on the floor of the space, it’s a bit higher up, half-way between the floor and the red dot. The text was originally on the optimal illumination line — the yellow filters have improved the contrast a bit (which is good), but reduced the illumination to a level that’s below the optimal (which is not good). The key thing to remember is, if you’re going to use a filter to enhance contrast, you might need to add in some more illumination at the same time.