TLDR
Magnification moves print to the left on the BSF, while increasing illumination moves the print upwards.

In the preceding pages I discussed how the Brightness Sensitivity Function (BSF) can help us understand how to best help a vision impaired patient with lighting and/or magnification.

Now I want to more carefully examine just how we represent the effects of low vision aids on the BSF.

Pure magnifiers make the print appear bigger, so the point on the BSF moves to the left from its origin. The greater the magnification, the more the point is moved. 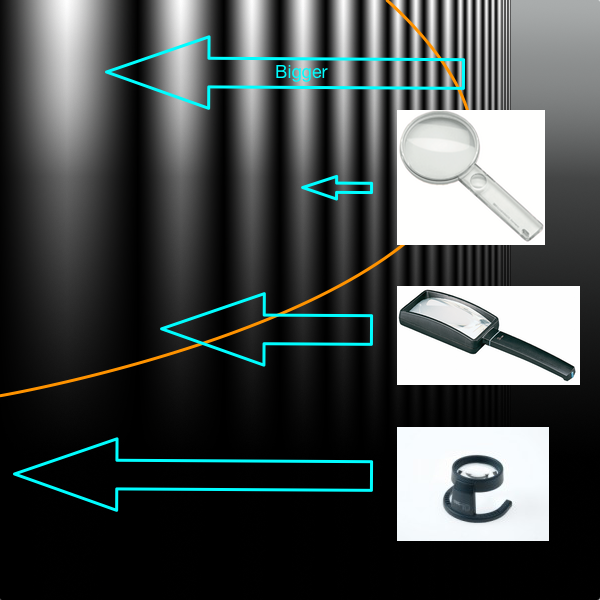 Magnification vectors on the BSF. Stronger magnifiers shift further to the left.

In this image, what’s important is the direction and length of the vector for each magnifier. At this stage, just ignore each arrow’s starting position on this plot. The thing to take away is, whatever combination of print size, contrast and illumination you start with, using that magnifier will mean applying that vector to move the print that far to the left of its origin point.

Adding illumination results in a vector that moves upwards (or, if you’re making something dimmer, it shifts downwards). It’s a little harder to represent the magnitude than it was with magnification. After all, if you use a task lamp or illuminated magnifier, it doesn’t really make much difference whether you start in a normally-lit room or a pitch black room — the result is going to be pretty much the same level of illumination on the page. So I’ve represented that with a curved arrow, by which I’m meaning that no matter where you start, the text illumination ‘jumps’ to that certain level of brightness. 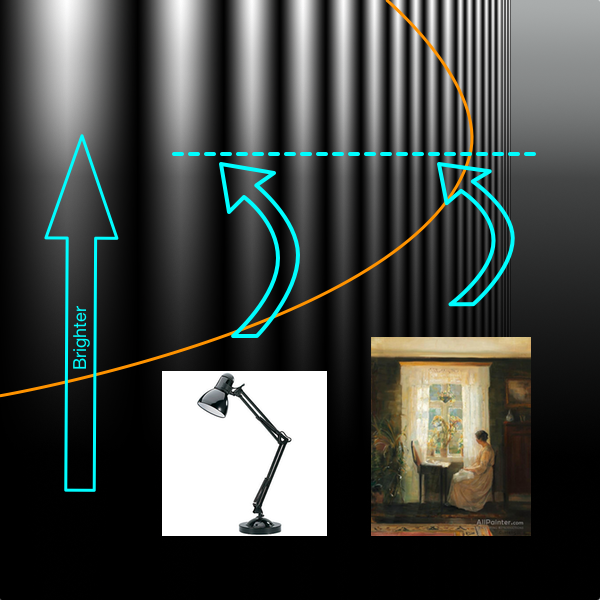 Filters (sunglasses, etc) act to dim down the illumination (not of the document, but the brightness of the image entering the eye), in a proportional manner. If you start in dimmer light, you get a dimmer result than if you’d started in bright light. So, just like magnification, filters have a direct vector rather than ‘jumping’. 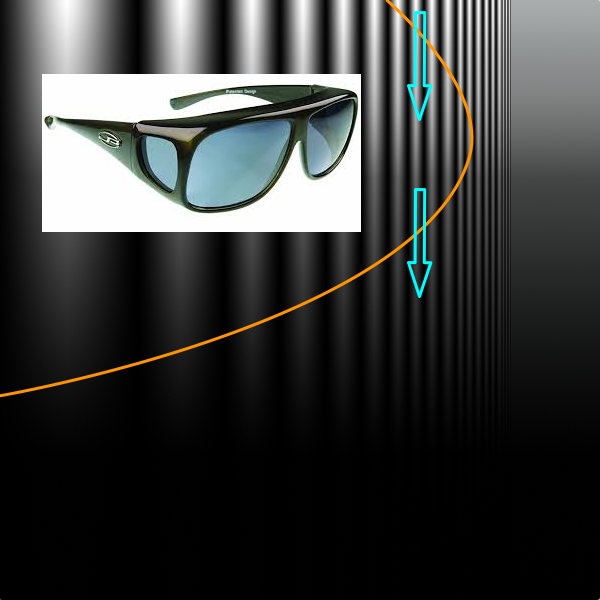 Filters dim the light in a mathematically proportionate way.

Low vision aids that use both magnification and illumination combine these vectors. We can use this combination to effectively ‘burrow’ deep into the ‘seen’ zone of the BSF. 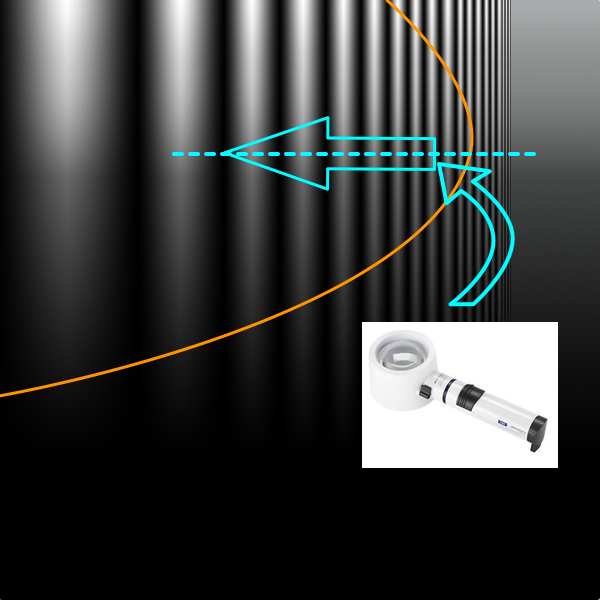 Vectors of illumination and magnification are additive.

Here are some other examples: 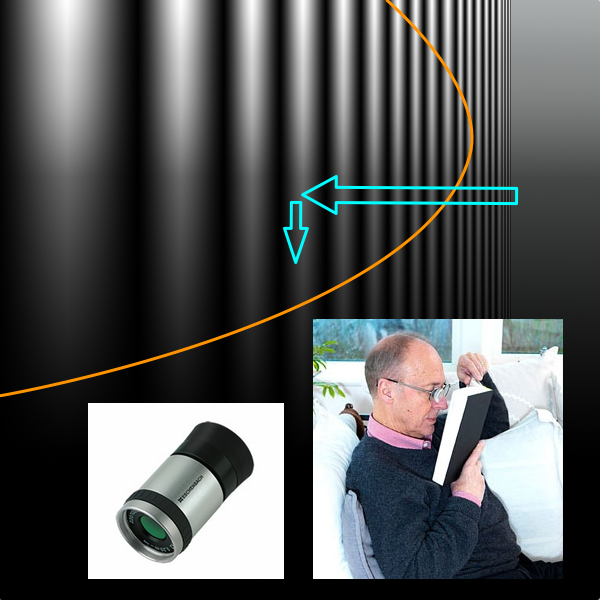 Telescopes and (sometimes) high adds cause a decrease in illumination.

I think this is why high adds never seem to work quite as well as the theory says they should. Quite apart from the lack of binocularity, adds over about +6.00D often come with a practical problem of how to get a good level of illumination on the page. If they can’t get maintain adequate brightness, whatever gain they get from the extra magnification may be lost by the decrease in illumination. A patient with good insight may be able to position themselves near a window or a task lamp to get the angle right for the light to be on the page, but some just can’t seem to manage it, so my experience has been that high adds aren’t as widely accepted as perhaps they should be.

This is where high add specs that themselves incorporate an illumination source can really help, such as Fonda Leddles, the Jasper Ridge VisionEdge or the Eschenbach Headlight LED.