On the previous page we explored how we can use the Brightness Sensitivity Function (BSF) to guide us with prescribing aids that use both magnification and illumination. I want to revisit our more traditional Contrast Sensitivity Function (CSF) to solidify understanding of how our patients can have terrible trouble with some reading tasks while doing fine with others.

Here’s a CSF plot for Alice (our patient with mild-to-moderate AMD). Remember, a CSF is only valid for one given illumination level — in this case it’s for the normally-lit living room, used in the previous couple of pages. 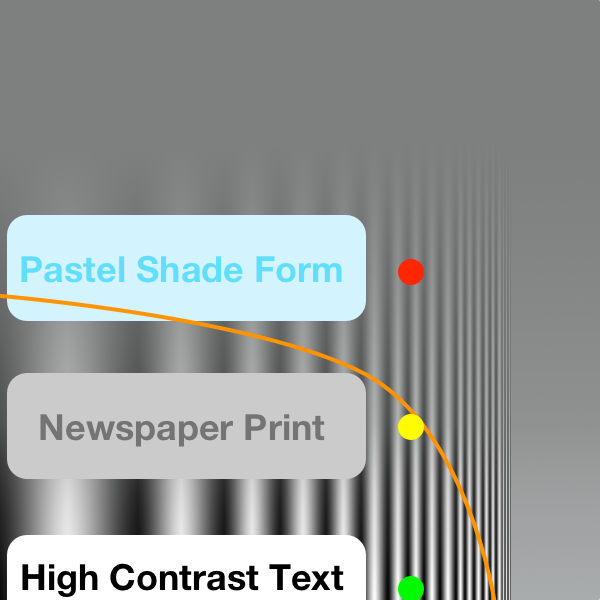 Comparing Documents in the Visual Volume

Let’s plot this CSF and those three points back into Alice’s 3D Visual Volume (VV). First, here’s Alice’s VV to compare against: 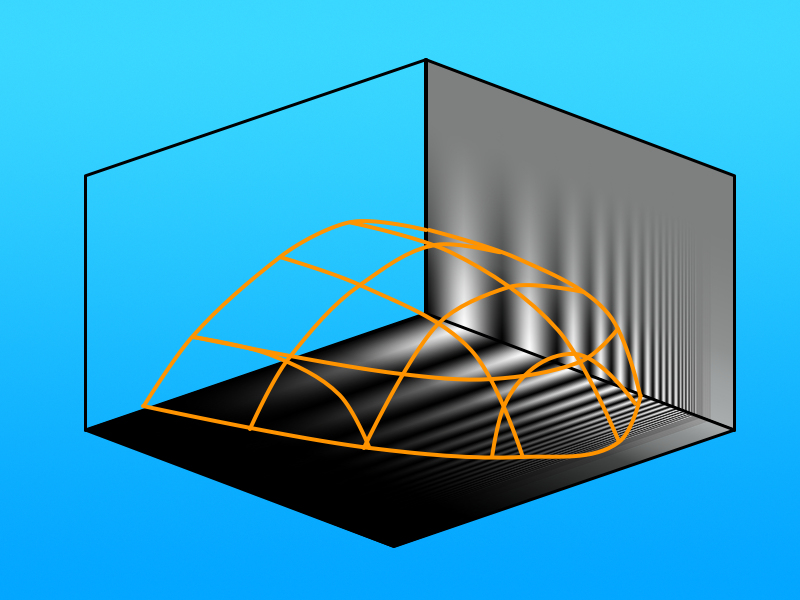 The CSF we’ve been considering above is just one vertical slice through that VV, the slice that shows all points corresponding to that particular level of illumination: 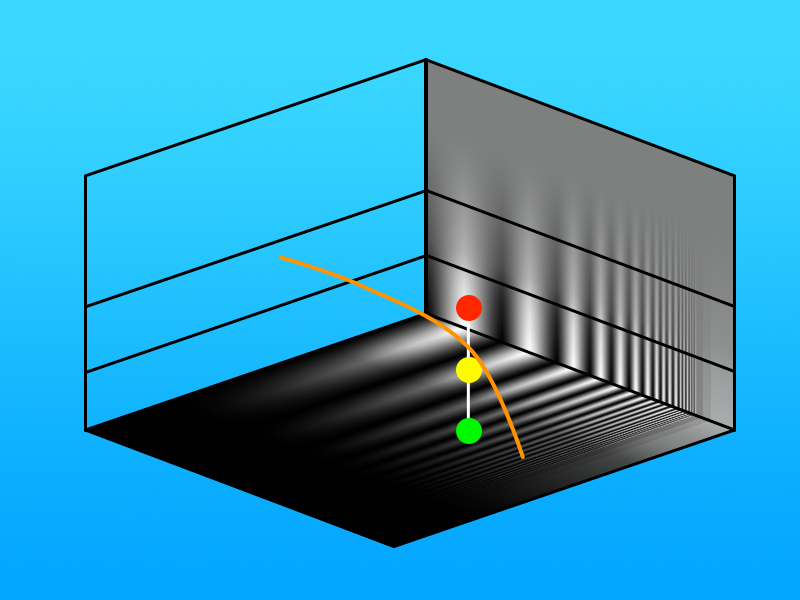 CSF and three sets of N10 print plotted in the Visual Volume.

Notice that all three points have the same print size and are being viewed at the same level of illumination.

Now I’ll add in the BSF curves that correspond to each of those levels of contrast — that is, where the horizontal planes (that encompass all points with that particular level of contrast) intersect with Alice’s VV. 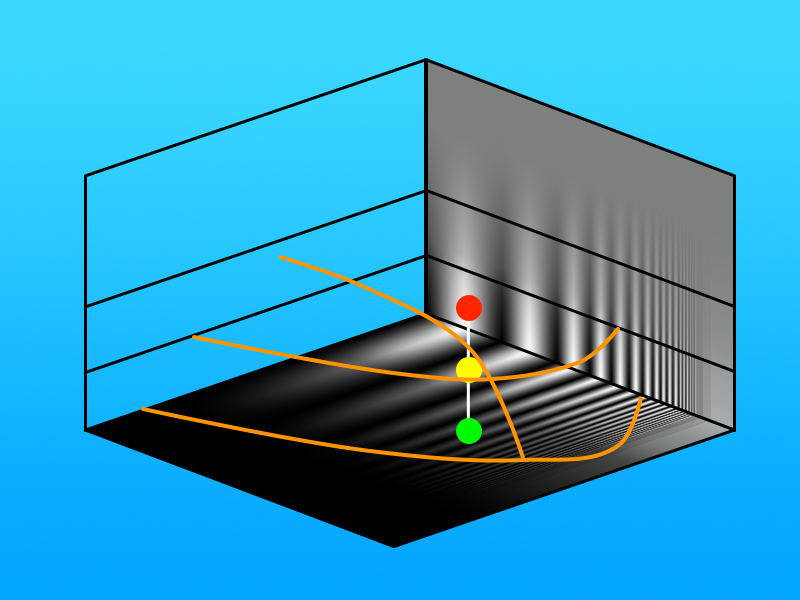 Let’s look at each of those BSFs in turn.

The first is Alice’s BSF for high contrast documents. Print of that size viewed at that level of illumination are well within the seen area, so Alice can read the text easily. 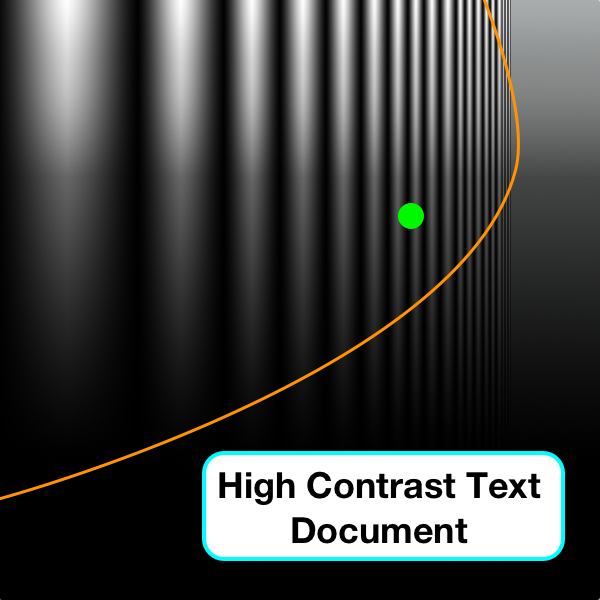 Next is the BSF for newspaper print. Alice can still read that print in that illumination, but only barely, so she isn’t reading comfortably. As we saw on the previous pages, Alice would be more comfortable with some extra illumination and/or some magnification. 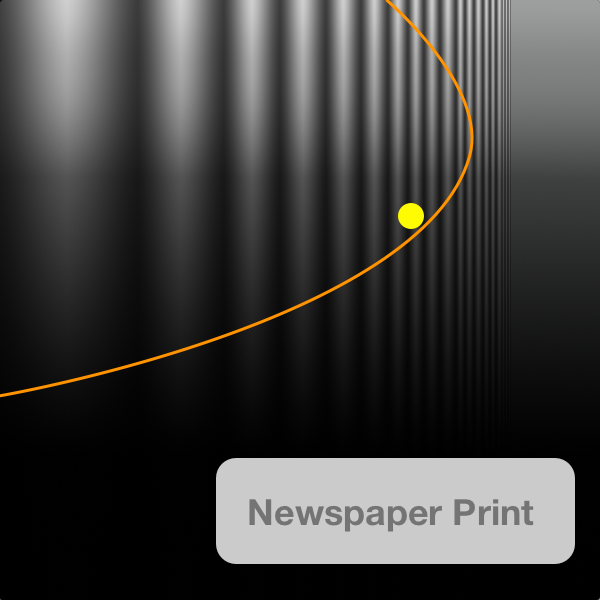 So far, so good. However:

When we consider the pale pastel-shade print, it’s a much more serious situation. The horizontal plane corresponding to that level of contrast doesn’t intersect with Alice’s VV at all. It just goes straight over the top. That means Alice can’t read the pale print. But more than that, it also shows us that she won’t be able to read that print no matter what level of illumination and magnification she uses. 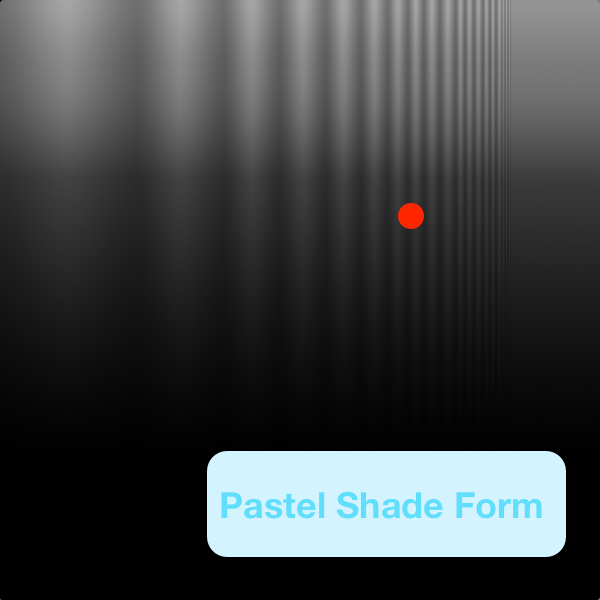 Seeing a BSF like this is kind of shocking. But remember, we see this all the time in the consulting room. It’s what we see with our low contrast reading charts, when patients who have good VA may read very well (better than N5) on high contrast print, but can’t read any of the low contrast print, no matter how large it is. 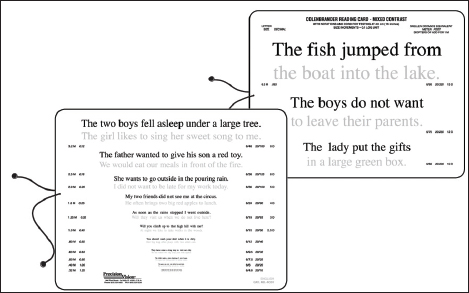 As a clinician, you might find this demoralising. In reality, understanding this situation is really important to being an effective clinician. You might spend a great deal of time trying different illuminated magnifiers, with none of them helping. By that point Alice is exhausted and demoralised, and you’re both frustrated that nothing is working. Sometimes clinicians who don’t understand this issue feel that the patient really isn’t trying, or is being fussy.

On the other hand, if you properly understand the problem then you can quickly realise that you need to solve this with contrast enhancement, which we’ll cover soon.