TLDR
Sometimes it’s best to try a CCTV as a diagnostic tool, to quickly establish whether fluent reading is even possible.

On the previous page I showed how the OVV isn’t something you can simply calculate for a patient with ocular pathology. Patchiness of macular fields is common, and depending on each individual’s fields the OVV can be eroded away to much smaller than the theory would predict.

The next question is, how can we find each patient’s OVV?

One helpful bit of data would be to have an accurate measure of exactly how patchy the patient’s macular fields are. Ideally I would have a 10-2 fields and or microperimetry to give me a clear idea of what’s going on, but even if I had the time and the equipment (we don’t have a microperimeter), many of our patients are elderly and frail, and lack the concentration and physical stamina to give us a good reliable macular fields result.

In general, what we’re really interested in is their binocular functional macular field. The two eyes often have quite different scotomas, so what’s missing in one may be present in the other. This is why it’s really helpful to use low vision aids that allow the use of both eyes together. For instance, a CCTV or a tablet computer may be much more effective than the same magnification achieved with a very high add, simply because using a very high add is necessarily monocular.

Naomi Meltzer in Auckland uses a lovely method of measuring the binocular functional macular field by using a laser pointer in a kind of Goldmann fields manner. I’ve used that method from time to time, but not as often as perhaps I should. That’s partly because laser pointers give me the willies, but it’s also because I feel like I get quite a good feel for a person’s macular fields while measuring their VA, so I only formally measure their binocular functional macular field if something doesn’t seem to be adding up.

There is a technique I’ve found quite useful to empirically measure the boundary of a patient’s OVV, which uses a CCTV as a diagnostic tool rather than as a low vision aid. When I get a patient who wants to achieve fluent reading but really struggles with the VA chart (either has a reasonable VA but struggles with much larger lines, or simply has a bad VA), then before anything else I’ll go through this process:

Assuming they are both fluent and accurate, this represents one boundary of their OVV, like this: 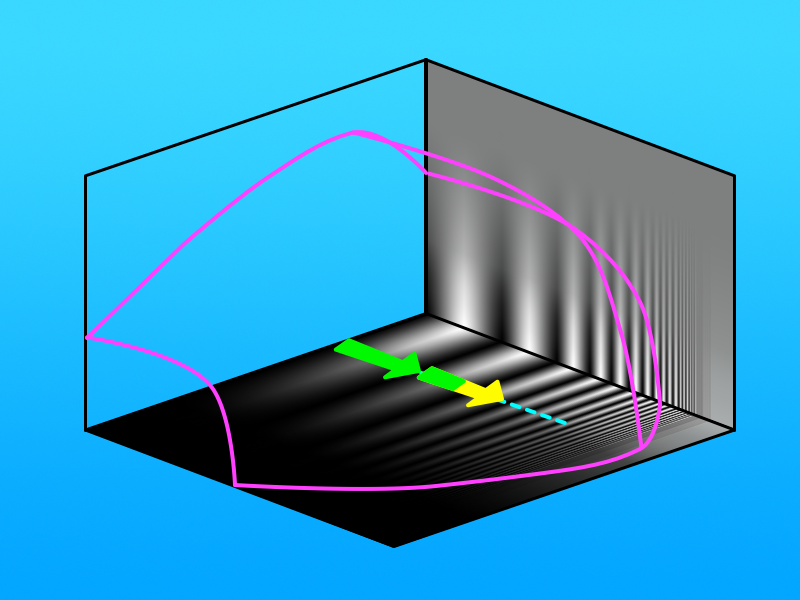 Finding the boundary of the OVV empirically.

We’re starting way over to the left, with print that should be right in the middle of most patients’ OVVs, (if they have one), and then moving out towards the Unseen. The green/yellow boundary on this diagram indicates the point where the patient tells us they stop reading easily, which is the boundary of their OVV.

Discussion
Generally, if the patient’s history has given you a suspicion that they have significant macular field loss, this is when you’ll confirm it. They might have a VA and a (slow threshold) word-reading acuity that would lead you to expect they’d only need 3x or even 2x magnification, but when they start saying it’s getting problematic to read at anything below 8x you’ve really nailed that patchy macular fields are causing them really serious difficulties.

That doesn’t mean you’re necessarily going to recommend they get a CCTV. But it gives you a clue that if you’re going to try optical aids, you should be jumping straight to much stronger aids, which has just saved you a heap of time. Because of the tension between magnification levels and field of view they might end up preferring only a 6x, for instance, but they’re unlikely to get quite the fluency they would have got with 8x on the CCTV.

Top Tip
You don’t even need a CCTV to do this. Just create some pdfs of sample text in a range of text sizes, and then display them on your consulting room computer screen. You can use the computer’s own display-app zoom controls to magnify the very large print samples to enormously large, and then try progressively smaller until you find the patient’s threshold. This can be a great in-office screening test to see if your patient might benefit from a CCTV.