TLDR
Ring scotomas are common in dry AMD, and perplexing for patients and their families (and their optometrists too). I recommend you read through this section in full.

I’ve considered AMD throughout these pages, but this particular aspect of dry AMD warrants further discussion.

While AMD can affect the fovea from early on, in geographic atrophy its very common for the fovea to be spared until the very last. It’s not just chance, there’s something that makes the fovea resistant to GA. The effect is to have the macula eaten away by small scotomas which gradually become confluent, creating a ring of blindness around a foveal remnant. That foveal remnant then shrinks, until it finally winks out.

We see this all the time when we’re doing ophthalmoscopy. I remember seeing patients who had terrible looking maculae but still great VA (6/9, even 6/6 sometimes), and I thought “It’s amazing how people can have maculae that look so terrible but they still see well.” Wrong interpretation. The correct lesson to learn is “It’s amazing just how bad someone’s vision can be, while they still retain good VA”.

On the face of it, it was a silly question — of course the right is better, the VA difference is massive. But her difficulty in answering told me that the foveal remnant was too small to make much of a difference to her. Functionally she was only a whisker away from end-stage AMD in both eyes.

Comment
This gets interesting when you consider questions of legal blindness. She doesn’t meet the VA criterion (generally considered to be 6/60 (20/200)), but she doesn’t meet the usual fields criterion either, since she has intact extra-macular fields. But her left eye is easily legally blind, and she judges her right to be only marginally better. Would you think she should qualify as legally blind? I think so. Sometimes you can make an argument for a combination of field and VA loss, but cases like this can require extensive explanation.

Ring Scotomas are Confusing and Frustrating

This sort of vision causes a great deal of confusion. On the VA chart, they have ‘goldilocks vision‘. They are terrible at recognising faces and their reading fluency is frustratingly poor. But the foveal vision means they notice tiny details at times (for instance, noticing that their spouse has a little bit of spinach stuck in their teeth, or noticing an ant on the food) — the patient can’t understand how they can have such problems if they can see such tiny things, and their family may even start suspecting that the person is malingering. It’s very powerful if you can explain it to them — you can see the comprehension dawning as they finally understand what’s been going on.

Top Tip
How do you explain it? Here’s how I do it, which gets nods of recognition from patients:

How would the an advanced ring scotoma VV look? Essentially the same as advanced macular degeneration, but with a small area of high-spatial frequency remaining. 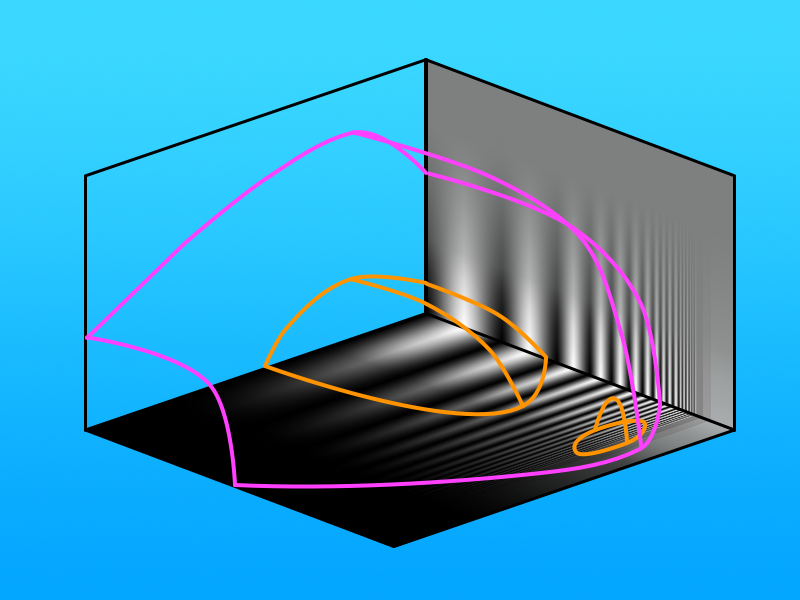 Note especially that this little spot of residual high spatial frequency vision is not nearly large enough to include any Optimal Visual Volume  — it’s just too close to threshold.

The hallmark emotion of GA is frustration. That little area of high detail is just enough to keep the patient constantly thinking they ought to be able to see better. And it powerfully reinforces direct fixation, making it very hard for them to use eccentric fixation.

Ring Scotomas are Hard to Manage

How can we help them? It’s tough, really tough. One of the toughest jobs in low vision. Their expectations tend to be high, their function is low. Often they come in expecting an easy fix — they’ve previously been getting a consistent message of ‘your vision is still quite good’ (based on their VA alone), and so they are hopeful that you, the low vision specialist, will be able to give them the ‘right’ pair of glasses that so many others have failed to deliver. Having it explained to them that they actually have quite advanced vision loss can be quite a shock (although at the same time, in their hearts they know it to be true, they’ve been experiencing such difficulties).

In practical terms, spot reading is not too difficult. Often their best intervention is simply light, perhaps with a little magnification. Their VA is still good, so whatever you give them with magnification they lose in field of view. The effect of optimal light is to expand the foveal remnant to its maximum diameter. A small pocket torch will be useful to provide a small spot of very good light on price tags, etc. Low-powered illuminated stand magnifiers are sometimes helpful for spot reading of smaller print.

Other than that, the best interventions switch to using the larger section of the VV, which means high magnification and contrast, just as if they simply had advanced AMD (which, y’know, they do). So that means if you’re going to be effective, you need a CCTV to give high magnification to the retina just outside of the macula.

Trouble is, even a CCTV doesn’t tend to work well. They really need to use eccentric fixation and very high (10x) magnification, but the fact that the fovea makes them want to always keep looking directly at things stuffs it up.

Comment
The issue of driving is often vexed with these patients. My feeling is that these patients are definitely not safe to drive. But I’ve had patients with advanced GA and full ring scotomas who have only recently been signed off to continue driving, on the basis of their good VA (sometimes by the same vision professional who has just referred them to me because they are seeing so badly!). If the person assessing them was really on the ball they would have done some sort of macular fields test, which would have shown dense field loss right next to fixation. (In Australia, that would instantly disqualify them from driving).  It gets diplomatically difficult though, when you have one vision professional who thinks the patient has great vision, but you’re aware that their vision is actually terrible. I’ve even had patients who have just found out they need a CCTV with 10x magnification to read, but who still insist they are fine to drive because “my vision is only bad close up.”

Eventually, the fovea will be snuffed out. For the optometrist who sees them, it can be disconcerting. You saw them six months ago and they had 6/12 vision in their better eye, and today they are only 6/240. Alarm bells go off in your mind — what’s happened? If you ask how long ago the vision dropped, the patient is often quite vague, which seems strange — how could they fail to notice such a dramatic drop in vision?

But the thing to remember is, it wasn’t a dramatic drop in vision. The vision went from being severely impaired but with a tiny, not-very-useful foveal remnant to being just severely impaired. If they think carefully, they might remember that their magnifier seemed to ‘stop working’ a month or so ago, which would probably be the time of foveal dropout.

The funny thing is, many patients seem happier at this point — or at least more settled, less frustrated with their vision loss. It seems counter-intuitive, but it makes sense. Near the end, the foveal area is too tiny to be helpful, but large enough to cause frustration. Once the fovea has been lost, patients often spontaneously develop eccentric fixation (and start coping with some tasks much better), and they no longer have to spend time laboriously using their magnifiers to painstakingly read text a few letters at a time. If they’ve tried and failed with a CCTV before, now might be a good time to try again.